Henry the Fifth opened at Cohesion Theatre Company last night, and guys, I think we have a really good show here. Setting this epic tale of duty and national honor amongst feuding families in 19th century Appalachia is interesting and thought-provoking, and I think our director Alice Stanley has really created a successful examination of the themes and questions raised by this play. You can buy tickets here and decide for yourself, though.

And, since we’ve already established that I’m either a glutton for punishment or (more likely) a workaholic, now that Henry is open I’d like to announce my next project. Alice Stanley wears many artistic hats, and in addition to their directorial endeavors they have written a full-length play which will be presented at The Strand Theater Company as part of their Women On Top series of staged readings. It’s called Sally McCoy, about an event in the life of the matriarch of the McCoy family during their famous feud with the Hatfields. I’ll be playing Sally, and I couldn’t be more excited and honored to be trusted with this role. We’ll only be presenting for one weekend, so put it on your calendars now – this is a really extraordinary piece, full of both humor and gut-wrenching tragedy, and you don’t want to miss it. 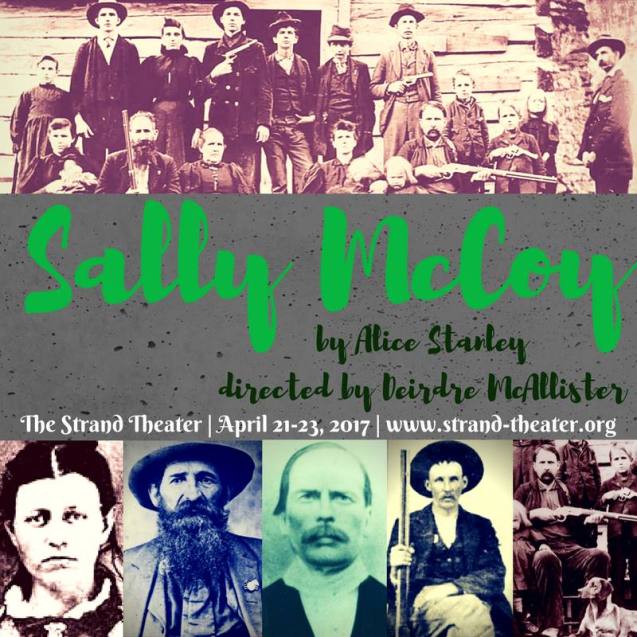 Finally, lest you think that all my post-Tempest work is death and heartache, I’ll leave you with my absolute favorite production photo from Henry the Fifth. Sorry, Bardolph, I don’t think Mistress Quickly particularly wants kissing right now. 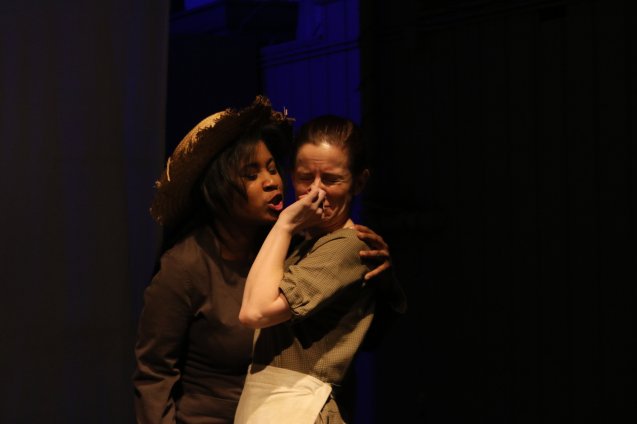 © Katharine Vary, 2018. Unauthorized use and/or duplication of this material without express and written permission from this site’s owner is strictly prohibited. Text excerpts and links may be used, provided that full and clear credit is given to Katharine Vary with appropriate and specific direction to the original content.

All photographs used herein are used with the permission of the attributed photographers. Unauthorized use of photographic content from this site is strictly prohibited.